This site is dedicated to Andy Fairweather Low, one of the world’s most respected musicians and a veteran international tennis player.

Andy was born in 1948 in Cardiff, S.Wales and rose to prominence in the 1960’s as the front man for chart topping teen idol band Amen Corner. His vocals and his distinctive voice were the perfect lead for the group.

Amen Corner scored 6 memorable hits between 1967 and 1969 with (If Paradise is) Half As Nice reaching number 1 in January 1969 and their shows were always full of excitement and they were regular fixtures on package tours at the time.

When the group split in 1969 Andy formed the band Fairweather which was signed to RCA on their progressive label Neon and for an underground progressive band it was somewhat surprising that they soon had a Top 10 single in 1970 with Natural Sinner. Andy’s first solo success was another Top 10 hit with Reggae Tune in September 1974 when after two albums with Fairweather and a brief spell off for good behaviour Andy had signed a Solo deal with A&M Records and recorded Spider Jiving which was produced by Neil Young producer Elliott Mazer and included major players such as The Memphis Horns & Nashville legend Charlie McCoy. Following up was not a problem and in 1975 he released his second album La Booga Rooga Produced by celebrated UK Producer Glyn Johns at that time fresh from working with The Eagles. Glyn Johns was again the producer of choice in 1976 for Andy’s third solo album ‘Be Bop ‘n’ Holla’.

La Booga Rooga featured a great line up of musicians with such great players as Ex Eagle Bernie Leadon – Guitar, Dave Mattacks – Drums, Eddie Tan Tan Thornton – Trumpet, Kenney Jones – Drums, John ‘ Rabbit’ Bundrick – Keyboards, B.J.Cole – Steel Guitar and Georgie Fame – Keyboards and among the tracks was ‘Wide Eyed & Legless’ released late in 1975 and becoming another Solo Top 10 hit in the UK and major International hit record.
In 1980 having moved labels to Warner Brothers Andy released his fourth Solo album Mega Shebang but had already started his notable contributions to other people’s records with his appearance in 1978 on The Who’s album ‘Who Are You’ which also continued through with his appearance on guitar on their Its Hard album in 1982 and contributions to Pete Townshend’s Psychderelict tour in 1993.

From the work with The Who Andy moved on as the in demand player and ultimate Guitarist to the stars, building an extraordinary reputation that has endured to this day.
In 1983, ex Small faces and Faces bass player Ronnie Lane, himself suffering from multiple sclerosis, set about organising some of the most significant musicians in the Rock world to tour on both sides of the Atlantic and record with the aim of raising awareness and funds for sufferers of MS. The project, A.R.M.S. – Action for Research into Multiple Sclerosis, was immensely successful ending up with a visit to the Whitehouse for some of the participants. Andy, Eric Clapton, Jeff Beck, Jimmy Page, Ronnie Wood and Steve Winwood all appeared…

In the early nineties Andy joined Eric Clapton’s band with which he stayed until 2003 touring and recording the ‘Unplugged’, ‘From the Cradle’, ‘Pilgrim’, ‘Riding with the King’, ‘Reptile’, ‘One More Car One More Rider’, ‘Me & Mr. Johnson’ and ‘Back Home’ albums with him. Andy was also a regular player with George Harrison, appearing on his ‘Live in Japan’ album and, in 2002, playing several of the lead guitar parts for the Harrison tribute, ‘The Concert for George’. One of Fairweather Low’s longest musical relationships, however, has been as musical director with Roger Waters. The two have worked together since Waters’ ‘Pros and Cons of Hitchhiking’ tour of America in 1985. Since that time Andy has contributed to two of Waters’ albums – ‘Radio K.A.O.S’ in 1987 and ‘Amused to Death’ in 1992 – and played guitar and bass on the 1999-2002 ‘In the Flesh’ world tour. He also rejoined Waters for the ‘Dark Side of the Moon’ tour more recently.

On November 29th, 2002, one of the most important concerts ever was staged at the Royal Albert Hall. The Concert for George was a tribute to George Harrison, under the musical direction of Eric Clapton. Featuring Joe  Brown, Eric Clapton, Jules Holland and Sam Brown, Dhani Harrison, Jeff Lynne, Paul McCartney, Tom Petty and the Heartbreakers, Billy Preston, Ravi and Anoushka Shankar and Ringo Starr. Andy was a member of the Incredible House Band, which, among other great players, also included Dave Bronze, Gary Brooker, Jim Capaldi, Ray Cooper, Jim Keltner, Albert Lee and Chris Stainton.

Andy is also a regular member of Bill Wyman’s Rhythm Kings, the consequence of another relationship that stretches back to the mid-Eighties. Fairweather Low and Wyman first worked together at the Small Faces’ legendary bass player Ronnie Lane’s A.R.M.S. – Action for Research  into Multiple Sclerosis – benefit concert at London’s Royal Albert Hall in 1983. It was a charity cause that Bill revisited in 1985 with Willie & The Poor Boys, a Fifties’ style rock ‘n’ roll concept band featuring Andy who, since that time has been frequently involved in Wyman’s projects, most recently touring with the Rhythm Kings in 2005 and the summer of 2006 and 2007.

But perhaps it was inevitable that one day Fairweather Low would be tempted to return to the studio in his own right. That time came in 2006. ‘Sweet Soulful Music’ reunited Fairweather Low with producer Glyn Johns – and features bassist David Bronze (Eric Clapton, Robin Trower, Procol Harum), drummer Henry Spinetti (Eric Clapton, George Harrison, Paul McCartney, Roger Daltrey) and John ‘Rabbit’ Bundrick (Bob Marley, The Who, Pete Townshend) together with Roger Waters’ back-up singers Katie Kissoon, Carol Kenyon and PP Arnold. Twenty-six years is a long wait but ‘Sweet Soulful Music’ signaled a welcome return for one of the UK’s most distinctive artists, as heartily endorsed by many of the world’s greatest talents.

The current band is also a who’s who of the best players on the rock scene, joining Andy on Drums is Paul Beavis (Thea Gilmore, Robbie Macintosh & Sunday All Over The World) on Keyboards is Chris Stainton (The Grease Band, Joe Cocker, Eric Clapton & The Concert For George) and on Bass is long standing associate Dave Bronze (Clapton, Concert For George, Dear Mr Fantasy tribute to Jim Capaldi). 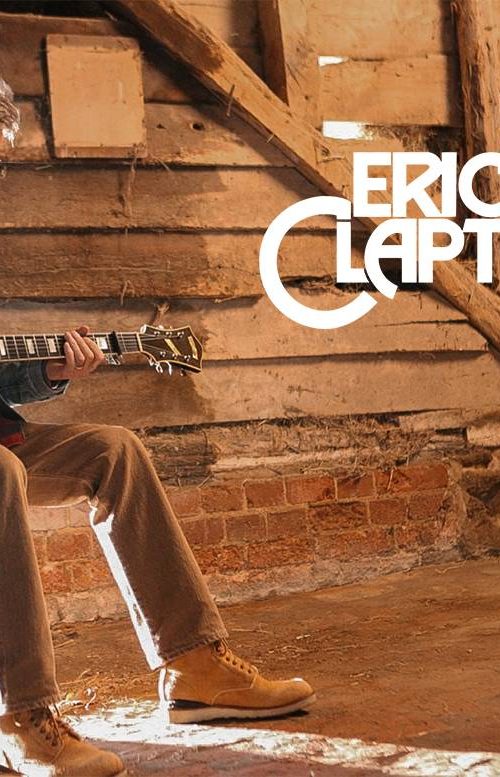 Andy and his extended big band The Hi Riders have been invited by Eric Clapton to open shows on his European Tour. Unfortunately, we have had to rearrange some dates…
oz_admin
Love0
14th May 2021 in Andys News, Band News

Many of you will be aware that during the pandemic Andy and the big band performed a live-streamed show from London’s Hideaway Club. We recorded the audio from this show…
Read More
24th September 2020 in Andys News, Band News

Turn Up From Home / This Saturday!

You can join us on TUFR, September 26th, for Episode 13 of Turn Up From Home featuring Andy Fairweather Low and the Low Riders, the wonderful Pauline Maisonneuve and Jools…
Read More
6th August 2020 in Andys News, Band News

Fed up with this lockdown!?

Hi Folks, Fed up with this lockdown, no gigs - not much of anything!  Join us for an hour as Andy & the big band perform a live world-wide one…
Read More
12th May 2020 in Andys News

Just a word to say the people at St John’s Ambulance Cymru are doing and have always been there doing a great job. In these recent turbulent times, we are…
Read More